Skip to content
Small daily choices will great your success or demise.
Are you Scott, Brad or Larry – three friends who graduated Vet School some years ago.
One became ‘great’
One ‘ordinary’ and
One – well – I’ll leave you to choose your own word to describe him.
They all made small daily different choice
Read what they did – or listen to the podcast, watch the video….
Which one are you?? 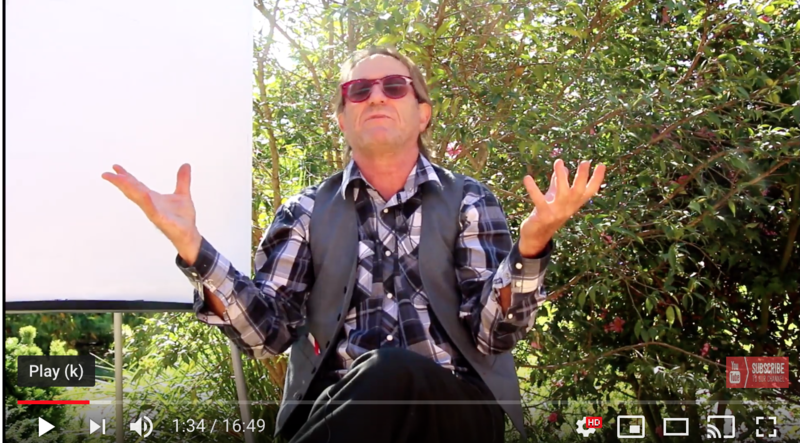 See below to read the transcription
Cheers
Diederik
TRANSCRIPTION:
The Root Control Factor Of Success

Today, we’re going to talk about success and the root control factor of success and it’s very simple, it’s choices. It all comes down to choices.

You see, we all come from the same place; scared, naked and ignorant. And, the choices we make determine where we go, and the choices you’ve made in the past determine exactly where you’ve ended up now.

I don’t know if you realize that….

I’ll use the whiteboard here in a minute

Let’s take three friends who all started out exactly the same;

Their names are Scott, Brad and Larry.

Let’s just say that Scott hears about this thing called ‘Diederik Gelderman’ and ‘Turbo Charge Your Practice’ from a friend, and he starts reading and listening and watching.

And this is all that Scott’s going to do – just 15 mins of implementation a day!!.

Or  instead of reading the book, he’s going to listen to something motivational on CD or A podcast.

So, that’s all Scott’s going to do – nothing BIG, nothing HARD – all simple stuff – right?? Everyone can do those few simple things – right??!!.

Now, if this is your new year’s resolution and this is your best year ever plan for the year, how many people do you reckon could do Scott’s plan? It’s easy-peasy, right? You could do it, couldn’t you? Couldn’t you!!

Now let’s go on to Larry.

Larry’s going to be our control group; Larry is just going to continue being Larry.

Then we get to the last one here, Brad.

An in his practice they have got a bowl of candy at the reception counter for the kids and the clients to take.

And he’s just going to take a small candy bar on a regular day basis from somewhere.

Look, it’s no big deal, it’s just a couple of M&Ms or a small candy bar.

Just as a side note – he hasn’t watched our leadership video series, and he hasn’t come to the leadership workshop either, so his staff are challenging and hard to manage.

Now, Scott’s getting really frustrated at this stage. He’s like, ‘Man, I’m getting up and I’m reading these weekly emails from Diederik on this implementing a couple of ideas a week at work.

I’m spending 15 minutes every morning working on some of the stuff that he’s sharing with me, I’m implementing this stuff.

I’m making these client calls, you know, three or four in an afternoon.

And my buddies, they’re all you know ‘sloughing off’ and we’ve all got the same results. Is it worth it?

When you get to 20 months down the line, the differences between these three friends is only very slight;

But Brad’s noticing he’s got to let his belt out one belt one notch. Not much, you can’t see it when you’re with him but he’s just a little bit tight in the belt.

He has listened to four hundred and sixty-five hours of success and achievement audio, a lot of it from me, but a lot of it also from other people.

The hundred and twenty-five calories he cut out of his diet means that he’s lost 15 kilos.

The newspapers, the radio and the TV talk about this obesity issue that we have here in Australia and in the U.S., it doesn’t need to be like that. If people would just cut a hundred twenty-five calories out of their base diet every day, obesity would be ended.

He’s drunk half a million litres of water.

The one hundred and twenty four date nights with his wife, yeah look, I’ve got photos but I’m not going to go there alright so let’s just imagine what happened.

The couple of extra client courtesy calls – that means that he made roughly eighteen hundred and fifty calls to clients, no one else did that; which means the number of referrals that he’s getting from delighted clients has gone through the absolute roof.

And now, after talking with me, he’s getting his receptionists to ring those clients on his behalf, and those phone calls go, “Mrs. Smith, Dr. Scott asked me to ring….”

So, he’s passed that on and the results are still equally good.

And you know what his friends are saying to him? “You’re just lucky”. Luck had nothing to do with it.

He is treading water, he’s falling a little bit further behind.

He’s no longer motivated. His practice is treading water and he thinks it’s growing because it’s doing 4% a year.

He doesn’t really understand that inflation is 4% a year and his practice is just stagnating…he’s taking home the average wage.

He’s blaming everyone but himself.

The 125 calories he added to his diet, those three or four, five or six M&Ms; or the half a chocolate bar that he picked up, he’s put on 15 kilos.

He missed a couple of workouts, and he had more diet coke than water. He’s under danger for heart disease. His doctor keeps talking to him about getting the weight off and doing exercise but he’s too busy with the state his practice is in because it’s functioning so badly, he’s even more stressed about the practice at work. So that’s compounding his cardiac arrest danger.

The few less client calls he did, because he never did any, so this means that new practices have moved in, there’s been a lot of internet competition, and his business is in severe financial danger. You could call it an emergency situation.

And those cold shoulders added up to 27 months of cold shoulders, the marriage is now apathy, and they’re on the brink of divorce.

I’m hoping that you can see how seemingly irrelevant, trite, minor, insignificant choices compounded over time can add up to significant success or catastrophe.